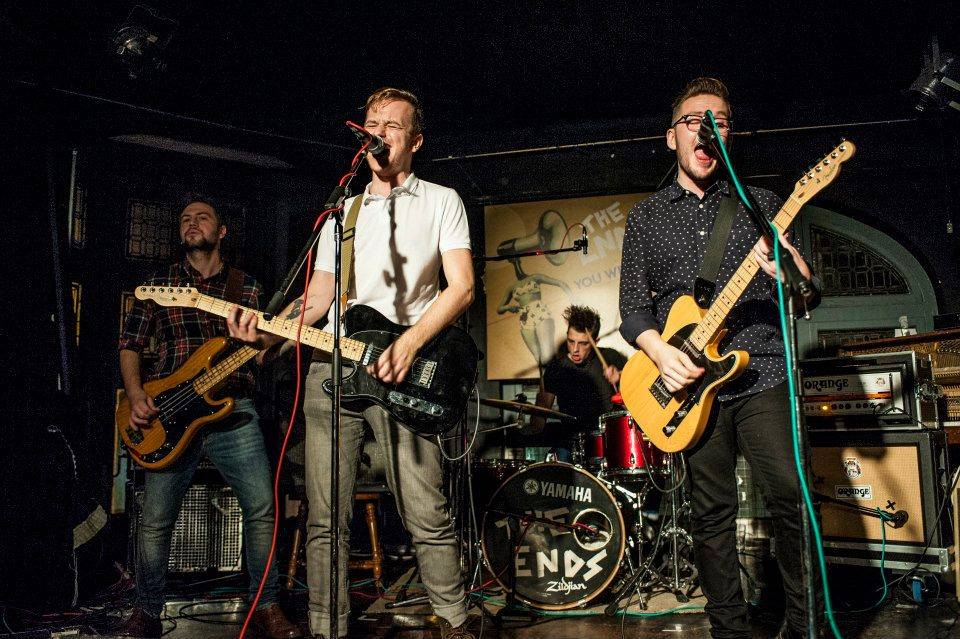 The Ends are four blokes from Canvey Island. Straight out of the Thames estuary mud – loud and brash with added grit. A rebel yell from an alternative ‘Essex’.

Their sweat-drenched guitars have graced hundreds of UK venues. Most recently they impressed crowds all over the country while opening for The Enemy on their sold out UK tour, playing iconic venues such as London’s KOKO, the Birmingham Institute and Manchester Academy.

Their in-your-face, high-energy performances and punk attitude have seen them compared to The Hives, The Clash, Arctic Monkeys and fellow Canvey Islanders Dr. Feelgood.